Through a recent change in diet, Boyfriend & I have lost several inches. For him, this means his pants are a bit saggy and that, reader, gives me ample opportunities to poke my finger right in the top of his visible booty crack.

So yesterday in the grocery store, boyfriend was leaning over the chicken refrigerator shelves, conversing with an employee and I noticed that his pants and shirt were separated juuuuuuussttt enough for about 1 small inch of his butt crack to show. As we were about 40 feet apart, I thought about yelling over the crowd, mentioning something about plumbing or some other lame jab, but then I had a much better idea.

As quietly as possibly, leaping on my toes like Fred Flintstone preparing to bowl, I licked the tip of my finger and making a full windmill swing, jammed it right in to the top of his cute little ass, scaring the absolute shit out of him and making him bend and writhe like Neo from his most famous Matrix scene.

As I skipped away in my inappropriately short shorts I wore at dance class, creating an even larger scene, I threw my head back and let out a satisfied cackle. Pointing my finger in the air, humming ‘another one bites the dust, ha!’.

It was so glorious. The end. 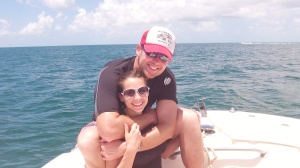 2 thoughts on “The most epic goose ever…”

Error: Twitter did not respond. Please wait a few minutes and refresh this page.